Three sides of a triangle

It is Columbus Day, a public holiday in Washington DC, but Jeff Toretsky has been at work for several hours by the time he ushers me into his lab at Georgetown University. Clearly proud of the work they do there, he is particularly keen for me to see a small piece of desktop equipment resembling a budget photocopier. This is a Surface Plasmon Resonance Biosensor, he explains, and worth a cool half a million dollars. It is the only one in the world in the possession of a university and has played a pivotal role in his quest for a molecule that can split the cancer he has stalked for nearly all of his working life - Ewing’s sarcoma.

Jeff’s  first encounter with Ewing’s was as an undergraduate back in 1980. He still remembers the name of the friend and fellow freshman at Wisconsin University, who died of the the illness. Jeff was to come into contact with more Ewing’s patients, during his fellowship at the National Cancer Institute, so when he started his research career, ‘it seemed like Ewing’s would be a good place to go.’ A few months after Jeff joined his first laboratory, a French scientist, Olivier Delattre, published a groundbreaking paper identifying the molecular target at the heart of disease. From then on, as far as Toretsky was concerned, ‘the race was on.’ 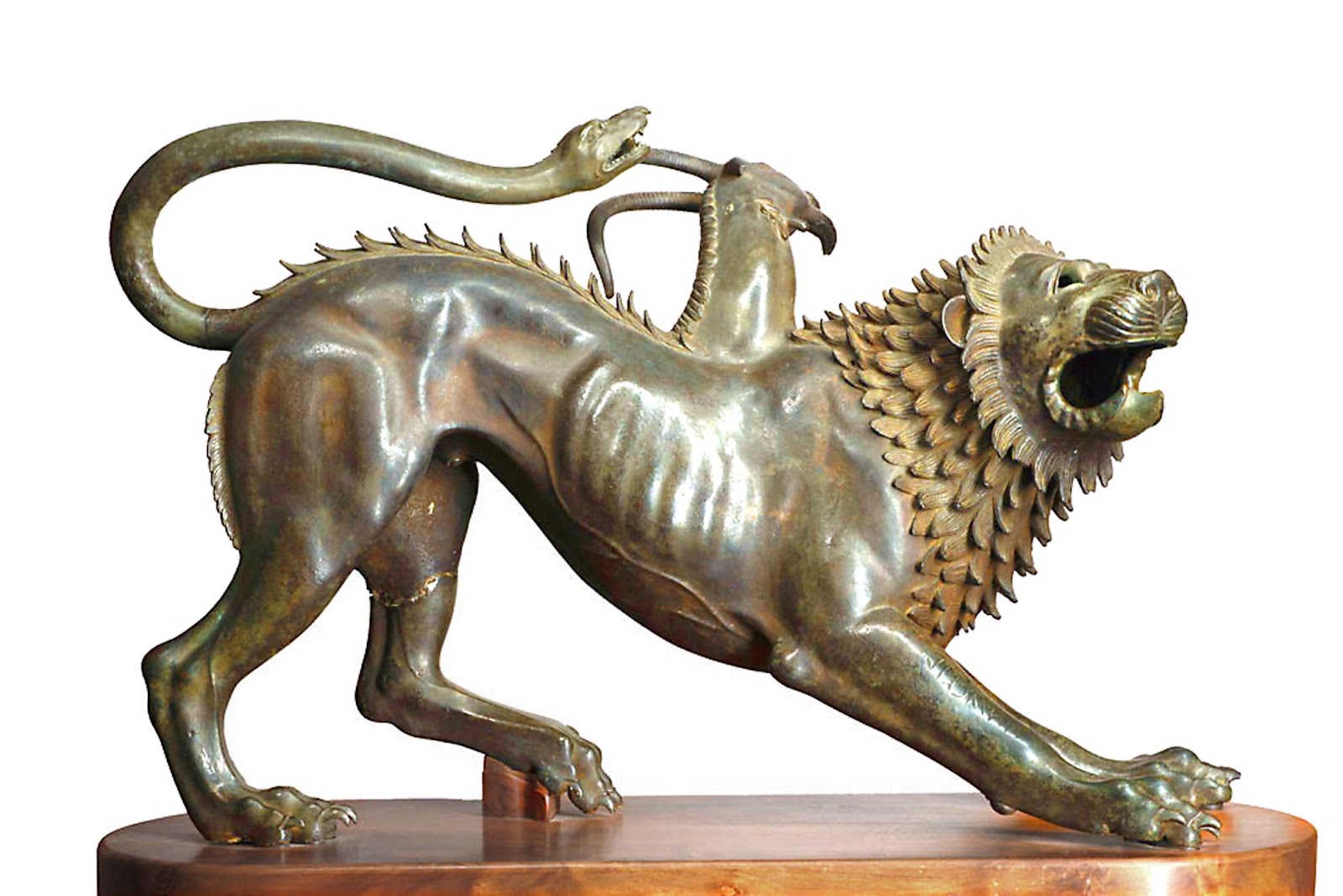 What Delattre had discovered was ‘one of the most highly specific molecular targets in all of oncology.’ This was the result of a translocation in the DNA, in which one chromosome had broken off and fused to another to create a chimera, a mutation which takes its name from a mythological beast with the head of a lion and tail of a snake. Delattre’s achievement had been to identify what the two chromosomes were (eleven and twenty two) and the chimera that was the result, EWS- FLI1. Twenty years on, I had come to Georgetown to talk to Toretsky about the drug he has developed to tame this beast.

I was interested in what he has done, not only for what it tells us about medicine, but for what it says about economics. His achievement has not been just to pinpoint a molecule that can shrivel the sarcoma; universities are, after all, littered with discoveries that never get further than the laboratory bench. Jeff has had the chutzpah to go beyond this and set up his own biotech to manufacture the drug and get it into clinical trials. His drug, TK216, is now well into a phase 1 study and showing promising results.

How has he succeeded where so many others have failed?

He harks back several years to when Georgetown was first trying to commercialise TK216 or, in the form it then took,YK-4-279. He reels off the names with excitement, like they were characters in a Star Wars movie. Ewing’s, he explains, has far too few patients to arouse the interest of conventional pharma, so around 2009, he decided to form his own company. He started showing up at something Americans call ‘entrepreneur breakfasts,’ early morning gatherings where people with ideas can hook up with people who have money. Soon he had put together a team.

‘I thought I was doing great, but I didn’t really know what I was doing. Worse than that, they didn’t know either.

‘He was a very successful start-up entrepreneur from San Diego. And we talked almost daily for a month about what we wanted to do. And it finally came down to two things: he knew what it was to take a company from an idea to a funded entity; and he had a rolodex of people he had already engaged in business ventures.

‘He flipped the lights on in the company on January 1st 2010. Within six  months, he had raised enough capital to get the initial studies off the ground. The discovery was only first published in 2009 and, despite all the difficulties, our clinical trial was ready to go in January 2016. I have to pinch myself sometimes. That was just 7 years.’

Apart from anything else, I ask him, how did you cut through all the red tape?

‘A lot of people think it is the government bureaucracy that holds research up,’ he replies. ’In our case, the Food and Drug Administration  was absolutely A+ smooth. The FDA had the paperwork on their desk for less than one month before we were  approved.

‘The FDA required the first three patients to be age eighteen. And what was truly remarkable was they allowed us to go to twelve after that, because of the population with Ewing’s Sarcoma.

The few things FDA asked for were because they knew we were going to children that age  in the next cohort. They wanted us to have higher purity material, and we were happy to do that in order to get this trial going.’

Toretsky explains how they got so far so fast in terms of a simple model -  a  triangle. The first side of this, he explains is government. In 2009, President Obama signed into law the Recovery Act, in response to the ‘crash’ of the year before. In this initiative, Obama offered  a bolus of money to different sectors of the economy, including pharmaceuticals. Toretsky was one of two recipients of RC4 grants from the National Cancer Institute and received $4 million towards his work on EWS-FLI1. This grant was pivotal, he stresses, because it allowed him to do studies that could persuade someone like Scott Glenn that this was a project with potential.

He was only able to win the $4 million grant, though, on the basis of results from primary research over several years funded by small charities like the Children’s Cancer Foundation of Baltimore. This funding had been precarious to say the least; CCF, was run out of the basement of the townhouse where its director, Shirley Howard, lived and it literally had no overheads.

‘Shirley was in her 70’s at the time and  started giving me small grants of about $100 - 150,000 a year. This five to six  years support allowed me to do all the preliminary work, including the screening. Nobody else would give me a grant for this crazy idea I had which was  to keep these two  proteins apart and find a drug to do it.’

This kind of contribution made up the second side of the triangle - philanthropy. He acknowledges though that the haphazard nature of such funding can be a challenge.

‘There’s a Ewing’s sarcoma charity in virtually every town,’ he says. ‘None of them raise enough money by themselves to have a major impact. There’s a guy called Bruce Shriver, who lost his own daughter to Ewing’s, and he had this interesting idea of reaching out to these small organisations and bundling them into bigger proposals.’

He makes a comparison with cystic fibrosis, which has a strong national presence and which has been used as a model for how to raise money, have an impact on a disease and get a return on investment. 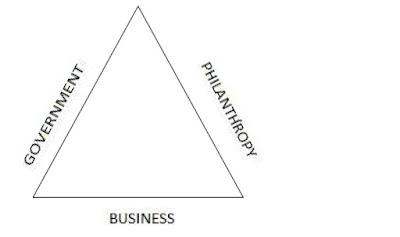 Moving on to the third side, business, he begins by voicing his disillusionment with Big Pharma.


‘The only pharma company that I know that’s doing active Research  and Development at the basic scientific level is Novartis. It’s not like it used to be. I know a lot of scientists who got laid off from other companies who closed down their R and D operations, again at the level of basic science. I don’t think the novel ideas are going to come out of Pharma, they are going to come out of academics.’

In Toretsky’s triangle, the people that researchers should therefore go to if they want to get drug discoveries manufactured and on the market are the small start-ups, like Oncternal Therapeutics, the company he set up with Scott Glenn.

But how, I ask, were investors persuaded to put big money into such a small venture. He comes back with an unscientific reply.

‘Simple answer. Scott Glenn. He is an angel.’

Glenn had the vision to set up a company with a social goal that could only be achieved in the long term. But on top of the idealism, he also had the business acumen to persuade hard-headed investors that this long shot was worth the risk. Toretsky explains how this can be made to work in this unusual corner of venture capitalism.

‘The investors  know in the back of their minds that they are going to make, say, ten  investments like this and if one works out, they are happy. But when one hits, it often hits really big.’

Is his drug, TK216, going to be the big one then, I ask him, at least for Ewing’s Sarcoma? How does it compare with all the other long shots of the past decades at one of cancer’s most intractable illnesses?

‘One of the issues is toxicity,’ he replies. ‘If you can’t survive the treatment, it won’t cure you. One of the reasons that I started to develop the drug that I did was my belief that if you targeted EWS-FLI1, we wouldn’t cause as many side effects. And as we learn more about it, we’ll just have to hope and see.’

Then he says something to suggest that this is something bigger, that this phase 1 trial is significant beyond the world that he and I inhabit, the tiny, lonely communities of those caring for children with an illness no-one else has ever heard of.

‘You know, I believe that, in the history of science, some of the best discoveries were made by the simplest scientific models, which were extrapolated to other things.’

As Delattre had acknowledged in his original study back in the nineties, the simplicity of the translocation in EWS-FLI1 not only makes this target easily identifiable but one which can teach us about more complex chimeras.

‘My excitement is that we are looking at our inhibitor having effect in other diseases. Francisco Bertoni, a collaborator has found activity of our drug in hard to treat lymphomas and I’m very excited about that. We’ve found pre-clinical data in some other models too. Although the work has been in Ewing sarcoma, we’re beginning to see benefits outside of that as well.’

If Toretsky is right, Ewing’s children could thus start to emerge from the shadows. For investing in them might not only, as with Obama’s Recovery Act, pump-prime a key part of the economy, it could also bring hope to patients, both young and old, with other cancers. If you join up the molecular dots in Toretsky’s imagination, Ewing’s suddenly becomes everybody’s business, its cure a cause in which we all have a stake.

Special Relationship: Jeff with British scientist, Sue Burchill, at the Euro-Ewing's meeting in London where he spoke this January to European researchers about TK216.

You can read more about the Toretsky Lab here:
http://toretsky.georgetown.edu/

The website of Oncternal Therapeutics, the company that is developing the drug is here:
http://www.oncternal.com/index.htm

'If you save one life, it's as if you save the world.'
Paraphrased from the Talmud

Dramatic developments during the phase 1 trial of TK216 are related in this recent Business Wire story.

This is a presentation Dr Toretsky gave in Autumn 2020 for the Ari's Bears charity. Adapted for the general public, this talk is delivered in Plain English (American?) and is thus an easy to follow narrative of his work so far.